"Kotel does not burn in fire,

Kotel does not get cut by sabre,

in Kotel you cannot easily get in. "

This was the proud song of the elders of Kotel, which was sung as a call to arms in defence of the town for over 200 years.

Kotel’s strategic location at a key mountain-pass determined the town’s historical fate through the centuries, making it an important crossroads for armies, trade and, more importantly, for ideas.  Almost every corner of Kotel has an interesting story to tell. As a place where ideas where exchanged, it became a fertile ground for the development of a distinctive cultural character that gave birth to some of the most notable historical figures of Bulgarian history, and is considered to be the “cradle of the Bulgarian Renaissance”. During the Ottoman rule, the town had already developed into an important center for Bulgarian culture and national consciousness, which was defined by the fight for an independent Bulgarian church and an effervescent national revival movement that eventually led to Bulgaria’s independence.

Kotel remains a symbol of Bulgarian national identity, but nowadays it enjoys a more peaceful and idyllic existence as a pastoral town with a colorful and diverse community made up of four different ethnical groups – Bulgarians, Turkish, Roma and Karakachani / Sarakatsani. The valley where Kotel is located is nested between beautiful mountains with an exuberant nature, a favorable climate and lush pastures that have historically favored sheep breeding. This has been one of the main sources of livelihood for the local community, and it allowed for different drafts related to this practice to flourish in Kotel. One of these crafts for which the town is particularly famous is the weaving art of carpets. The town is well known for the quality of its carpets which are even celebrated by a local festival in the summer.

In 1894, several years after the liberation of Bulgaria from the Ottoman rule, the town suffered a severe fire that devastated almost the entire historic centre. The only intact neighborhood – Galata – located back then in the periphery of Kotel, is nowadays an architectural reserve. This old part of town keeps the atmosphere of the Renaissance spirit and contains one of the finest examples of the Bulgarian revival style architecture.

In this neighborhood the Kozichkovi houses are located – a traditional housing complex in the very heart of the architectural reserve. The main house is a two-story building constructed in a traditional wooden technique. The hip roof is covered with the so called “Turkish’’ ceramic tiles – widely used in the regional vernacular architecture and one of the character-defining elements of the traditional Balkan mountain towns and villages. The housing complex is a listed monument of culture and is owned by the municipality.

The Kozichkovi houses are currently abandoned and stand in a not very satisfactory condition. Proper maintenance work hasn’t been done on the wooden structures since several years, which led to a slow degradation into its current state. The municipality aims to restore the houses to their authentic state and to convert them into a lively workshop space for local craftsman. Thus the detailed documentation of the current state is an essential part of this very first stage of the project and will be the first step towards planning of future emergency repairs and conservation interventions.

The educational program will include introduction to the local context, history and culture of the town, as well as an introduction to the particularities of the vernacular architecture of Kotel through guided tours around the town. It will be complemented by demonstrations of traditional crafts led by local craftsman – such as traditional carpentry and wood barrel making. An excursion day to the nearby region – the villages of Zheravna, Medven, Katunishte – will be a great opportunity for the participants to experience the charming atmosphere of Bulgarian vernacular architecture found in this region, and to explore the natural mountain landscape.

The training course will take place from August, 31st, till September, 10th, 2021, and is organised by Meshtra –Traditional Knowledge and Crafts, the University of Architecture, Civil Engineering and Geodesy, Sofia and the Municipality of Kotel, in collaboration with European Heritage Volunteers. 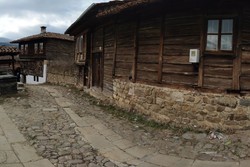 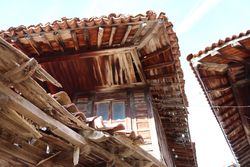 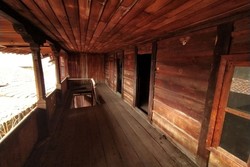