The site is located in a region which has been historically a crossroads of trade and a hub for multicultural exchange in the south of what is today modern Georgia.

For this reason, the village Shaumiani was at a time a bustling place and an administrative centre for the region, with its own post office building, churches and other relevant public edifices. Around the turn of the 19th century, Armenian merchants moved their wealth and trade from the Karabakh region and established themselves in the village of Shaumiani. They built two-floor houses in ornate architectural styles and elegant wooden balconies.

One of these houses is the now Aleksander Melik-Pashaev House. The house was built by an architect by the name Kalantarov, who was a melik – a nobleman – of considerable wealth and name in the village. The house became the official residence to the noble Kalantarov Melik-Pashaev family.

By the time of his demise, the house had long ceased to be in his family’s possession. After the Bolshevik revolution the house had been confiscated in 1926 and belonged to the village council until 1987. After that, the house was reconverted once again into a library and a memorial museum for the famous music conductor.

The project is organised in partnership with the Society of Young Archaeologists of Georgia. The association is based in the Academy of Sciences of Georgia, and it unites young professionals from archaeology and neighboring fields while working in cooperation with several universities in the country. Besides their own researches, the association carries out a wide range of educational activities aimed at young professionals, students, pupils and to local communities.

The Society of Young Archaeologists of Georgia aims to turn the Aleksander Melik-Pashaev House into a multifunctional educational centre – a place that would be the epicentre of culture and scientific development in a region that presently lacks it. The building would be developed further with the addition of library, lecture and conference rooms, an exhibition space, a laboratory, a place for experimental archaeology camp and other components.

While being used for the abovementioned educational purposes the house should become in addition a beacon of culture and intercultural exchange between different ethnic groups in this region with big ethnical plurality. Such an ambitious planning reflects the high level of commitment on behalf of the association, which European Heritage Volunteers endorses with its support and collaboration.

Despite Georgia is rich of cultural monuments of several hundreds years’ age and the Marneuli region is rich of archaeological heritage, the preserved architectural heritage of the region is not very old. Thus, the Aleksander Melik-Pashaev House has a big importance for the region as one of the rare preserved manor houses dating back to the 19th century, the more because a lot of details from the time of its erection are preserved.

However, the monument is currently I an endangered state, and the risk that valuable details, the surrounding structures or even the whole monument will be lost forever due to negligence, lack of maintenance or vandalism is – sadly – a not only hypothetical scenario.

During the European Heritage Volunteers Project an architectural survey of the building and its direct surroundings in accordance to the heritage conservation standards will be carried out and their current state recorded in detail. The building – its structure, main characteristics and specific features – will be examined, the used materials explored, and the different historic layers, the pathologies and damages documented. The final documentation will serve as a base for the future conservation project and the measures which need to be undertaken.

The documentation will be lead by architects from the association “Meshtra – Traditional Knowledge and Crafts” which is based in Sofia / Bulgaria and a member of the European Heritage Volunteers network.

The project will take place from September, 1st, to September, 12th, 2020 and is jointly organised by the Society of Young Archaeologists of Georgia, European Heritage Volunteers and the Association “Meshtra – Traditional Knowledge and Crafts”. 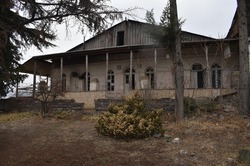 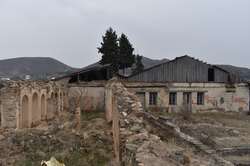 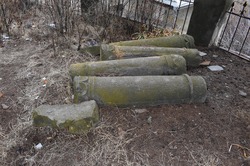 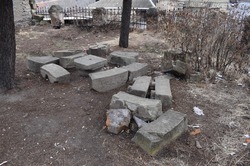