The UNESCO World Heritage site of Bolgar Historical and Archaeological Complex lies on the shores of the Volga River in the Republic of Tatarstan, Russia. It contains the remains of the medieval city of Bolgar that existed from the 7th to the 15th centuries. Bolgar was founded by the Volga Bulgarians and later it became the first capital of the Golden Horde and one of the major trade and culture hubs of the Kazan Khanate. The city was located at the crossroads of northern Silk Roads and served as an interaction point for urban and nomadic cultures.

Bolgar is also an important place for Muslim pilgrims as the symbolic place of acceptance of Islam in 922 by the Volga Bolgars.

The Bolgar Historical and Archaeological Complex was inscribed to the World Heritage List in 2014. The site preserves its spatial context with its historic moat and wall as well as religious and civil structures, including a former mosque, a minaret and several mausoleums, bath houses, remains of a Khan’s palace and shrine.

Although many historical facts are known about Bolgar and are confirmed by various archaeological findings, the site offers manifold potentials for future research. Only 5 % of its total area of 424 hectares has been excavated, whereas 95 % remains unexplored.

This since 2017 ongoing project aims to contribute to the conservation, documentation and interpretation of the World Heritage site. The volunteers will participate in archaeological excavations in the central part of the complex, acquiring a complete understanding of this meticulous process of exploration for remains and vestiges, and reconstructing through them the story of the site.

Aside from the field work, the participants will also assist the Bolgar Museum-Reserve in documenting and digitalising its archaeological collections. This exercise in museology practices will familiarise the participants with the processes for updating and maintaining educational platforms in order to better present the museum’s content to the wider public.

The project will also involve the creation of short videos about the monuments and museums of Bolgar in English, Russian and Tatar languages. The participants will learn about the history of Bolgar and the day-to-day operation of the World Heritage site administration via insiders’ guided tours and local community events.

The project will take place from August, 17th, to August, 30th, 2020, and is organised by the Bolgar State Museum-Reserve, in cooperation with European Heritage Volunteers. 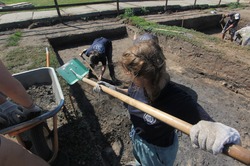 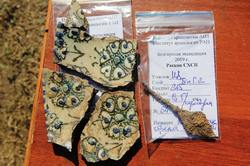