Bolgar Historical and Archaeological Complex lies on the shores of the Volga River in the Republic of Tatarstan, Russia. It contains the evidence of the medieval city of Bolgar that existed from the 7th to 15th centuries. Initially, it was an early settlement of the civilization of Volga Bolgars. In the 13th century, Bolgar became the first capital of the Golden Horde, where it flourished and grew in size and importance. Later, it became one of the major trade hubs of the Kazan Khanate. The city was located at the crossroads of northern Silk Roads and served as an interaction point for urban and nomadic cultures.

Bolgar is also an important place for Muslim pilgrims. As the symbolic place of acceptance of Islam in 922 by the Volga Bolgars, it became the main pilgrimage site for Tatar Muslims and other Eurasian Muslim groups.

Bolgar Historical and Archaeological Complex was inscribed to the World Heritage List in 2014.  The site preserves its spatial context with its historic moat and wall as well as religious and civil structures, including a former mosque, a minaret and several mausoleums, bath houses, remains of a Khan’s palace and shrine.

Although many historical facts are known about Bolgar and are proven by various archaeological findings, the site offers manifold potentials for future research. Only 5 % of its total area of 424 hectares has been excavated, whereas 95 % remains unexplored.

The project aims to bring to the light the collection of archaeological artefacts excavated in Bolgar in the middle of the 20th century. Through careful sorting, photo documentation and description of these finds, the collection will be transferred from temporary storage to the collection of the Museum of Bolgar Civilization to be further exposed for the visitors of this medieval city.

The project also aims to re-evaluate the web-site and social media pages of the Bolgar Museum-Reserve, creating new photo and text content for improving the awareness-raising about this World Heritage site in Russian, English and Tatar languages.

The participants will further learn about the history of Bolgar and the day-to-day operation of its site administration via insiders’ guided tours and local community events.

The project is organised by Bolgar State Historical and Architectural Muesum Reserve, in partnership with European Heritage Volunteers. 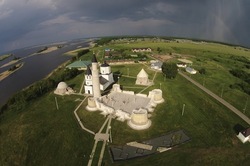 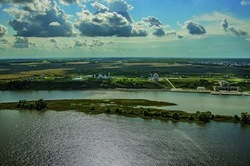