Sibiu is an idyllic historical town located in the centre of Romania, in the midst of the wonderful scenery of Transylvania. It was initially a Daco-Roman settlement called Cedonia. It was then refounded in the 12th century as Hermannstadt by German settlers. It became one of the most prominent of several cities established by them. to help defend what was then the borderland of the Hungarian kingdom. Those settlers are often referred to as Saxons, though they mostly came from further west than modern Germany’s Saxony region. Already two centuries later Hermannstadt was an important trade centre with nineteen guilds and became quickly the main Saxon city in Transylvania, known as the Eastern-most place of Western Europe.

The Romanian population increasingly became more relevant in Hermannstadt / Sibiu from the18th century onwards, with a steady influx of immigrants and the establishment of numerous institutions such as the Metropolitan seat. After the First World War and the collapse of the Austro-Hungarian Empire, Sibiu became part of the Kingdom of Romania, while still preserving a moderate German speaking population. However, after the Second World War, mostly from the 80s onwards, most ethnic Germans emigrated to Germany or Austria. Today Sibiu is a place representing an example of multicultural merger that can still be appreciated in terms of local traditions, stories and architecture.

Sibiu is today the seat of the ASTRA National Museum Complex, which is the most important ethnographic museum in Romania. ASTRA is a modern cultural institution with multiple connections and international collaboration programmes. The hundred hectares of the ASTRA Museum serve as an open-air installation that illustrates an image of rural life from all over Romania. It is composed of over 400 houses, household annexes, technical installations and over 22,000 mobile heritage items. The image is complemented by handicraft workshops, museum animations, fairs and traditional music as well as traditional dance festivals organised here.

Part of the ASTRA National Museum Complex is the ASTRA Heritage Centre. The specialised laboratories that operate here are dedicated to the learning and development of conservation and restoration studies, based on theoretical and practical knowledge. Safeguarding heritage requires understanding, knowledge and perseverance altogether in the process of conservation and restoration of monuments and objects on which time has left the mark of physical, organic, and biological degradation.

The European Heritage Volunteers Project will be focused on the conservation and restoration of mobile heritage from the collection of the ASTRA National Museum Complex, consisting in traditional garments of leather, fur and textile.

While providing a deep familiarisation with Romanian folk costume collected by the ASTRA National Museum Complex concerning history, types, uses and other aspects, the practical activities during the project will be focused on preventive conservation and curative restoration of historical Romanian sheepskin coats.

These beautiful examples of tangible as well as intangible heritage are an artistic expression of this culture. The crafting of just one garment could have taken weeks of manual labour. The participants will be able to learn about this process and experience the artisanal work involved in the creation of such garments by joining the local artisans.

Under the guidance of specialists from the ASTRA National Museum Complex, the participants will learn and apply traditional cleaning procedures intended to stabilise the fine coloured thread of the embroidery of the outer side of the coats in its current state to prevent further damage or wear. They will also have the opportunity to learn from them the techniques for wool weaving and actually take part in making a sheepskin coat.

The programme will be completed by interactive workshops with folk craftsmen, a guided tour to workshops and other thematic visits.

The educational objective of the European Heritage Volunteers Project is to raise awareness about the notion that ethnography and folk costumes are a bridge between the past and the future, allowing intangible and tangible heritage to coincide in these objects. The professionals and heritage practitioners at the ASTRA National Museum Complex and Heritage for the Future Cultural Association wish to promote through this project the appreciation of traditional clothes as a way to discover the needs and ways of the forbearers of a culture. At the same time, they believe the project is a valuable educational tool to underline the importance of heritage through practical work.

The project will take place from July, 18th, to July 31st, 2021 and is organised by ASTRA National Museum Complex and Heritage for the Future Cultural Association, in cooperation with European Heritage Volunteers. 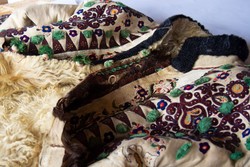 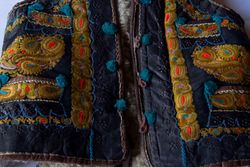 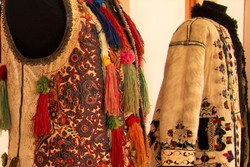