The project focused on conservation and restoration works at the chapel of St. Apostle John the Evangelist from the 18th century and a water mill from the late 19th century, both located in Zekhnova village.

Most of the works at the chapel were finished in 2019, but at the bell tower there were still some final interventions needed. The task of the project in 2020 was to finish the work at the top of the structure by putting the last lemekh in place, which are small shingles or wooden boards made of aspen wood that cover the head of the chapel.

The second worksite was the water mill in Zekhnova village, which exists since the 19th century on record. By the end of the 1940s, local carpenters restored the watermill; however at the end of the 1970s it was abandoned. The restoration of the mill began in 2004 and was completed in 2008, but the 390 meter long water channel was still in poor condition.

During the project in 2020 the participants undertook corrective actions on the damaged parts of this water mill’s water channel. The work consisted in replacing the damaged logs that formed the trench of the drainage channel. The whole structure was disassembled in order to assess the state of all wooden elements. The damaged logs were then removed and new parts were laid in place. Finally the channel was reconstructed and is now functional again.

During the project, participants had the opportunity to obtain knowledge about using traditional carpentry tools and to learn basic techniques of working with axes. They learned ways of marking and replacing logs as well as other wood processing technologies. In addition, volunteers got an understanding of how water mills in this region of Russia worked and had an important role in the lives of the communities.

The projects’ programme was completed by excursions to exploring the magnificent surrounding cultural landscape.

The project has been organised by Kenozero National Park, in partnership with European Heritage Volunteers. 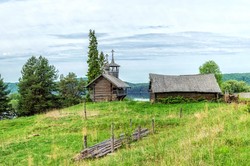 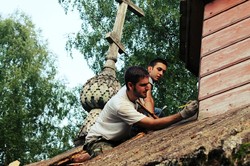 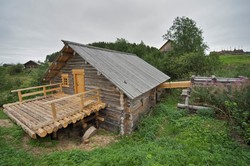