The main building of Kauppila farm is painted with a red paint that is characteristic for the North, especially for Finland and Sweden. The water-based red paint has been easy to cook from mostly basic household materials, with only pigment added. It is very well-suited for wooden surfaces as it does not form a dense layer. Within the framework of the project, the participants learned how to produce the red paint, cooking it over an open fire for several hours, and repaint the main building.

The project has been organised by the Regional Museum of Finland Proper and the City of Laitila, in partnership with European Heritage Volunteers. 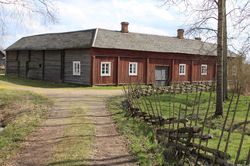 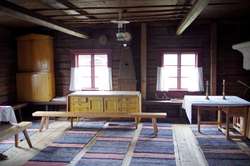