The City of Kastela is situated on the central Dalmatian coast, between the two UNESCO World Heritage sites – Trogir and Split. It is an attractive area spreading along the coastline in a length of twenty kilometres which represents a mixture of cultural heritage, protected old centres and everyday modern life. It is an agglomeration of seven small towns, each organized around its historical centre with a fortress. They are part of the Split-Dalmatia County and are administratively treated as a single city with a total population of nearly 40,000 inhabitants, although they individually range in size from 3,000 to 7,000 residents.

The tower Glavica remains from the 15th century and is situated in the centre of the old town, built on a natural stone reef forming part of the ancient fortification system. It is a two-storey building with two rooms inside. The buildings around it are in a private property, inhabited, but in different state of condition. The tower Glavica is partly renovated with no clear function, used only occasionally for exhibitions.

The tower Lodi dates back to the 16th century and is a part of the former fortified settlement Nehaj built in 1548 by two noblemen from Trogir – Ljudevit and Ivan Lodi. The tower Lodi is built on the sea reef, historically probably connected to the coast with a bridge. It is a square shaped building that remained unfinished – built only to its first floor it consists of two rooms with a barrel vault. It is an isolated structure, unpopulated, with a small port nearby that local people use for their fishing boats. Due to its state and location it has no permanent function, although through the recent history it was used as a disco-bar and a restaurant. Today it has no clear purpose and it is occasionally used by the local NGOs for their activities.

The two towers, like two guardians on the two opposite sides of the City of Kastela, are telling their stories as the centuries pass by. Apart of their specific position, stage of completion and unclear future they also share the common present, drifting with unfulfilled potential.

The main aim of this architectural planning workshop was to reflect on a new use of these two historical monuments. The highly motivated participants worked, under professional guidance, on the examination and comparison of the two towers, their historical development, construction typology and usage through the centuries and presented a comparative study which valorised the diversity of architectural approach and its role in the development of Kastela.

Furthermore, the task of the volunteers was to propose possible solutions for the sustainable use of the two towers which would allow their preservation as well as their continuity by giving them a new function adapted to the context, specific location and the local population. The great challenge of this project was to use their simplicity and integration with the surrounding environment to develop an interesting and attractive solution that might make them more visible and useful. The final result isl thus a strategic document which had been publicly presented at the end of the workshop.

In addition, this project was an opportunity for volunteers to work on raising the awareness of the local population about the importance of the site they live in and on encouraging them to think further and to contribute to the preservation and revitalisation of the site. Besides the practical work, the volunteers met the locals and students and learned from professionals who studied and published scientific work about this site.

Furthermore, the volunteers had the chance to visit other significant cities and monuments in the close vicinity such as the UNESCO World Heritage sites Trogir and Split, the archaeological site Solin and the fortification Klis.

Re-thinking the cultural heritage as an important social and economic asset is of crucial importance, not only in terms of its preservation, but also in terms of developing wider cultural sustainable offer for the visitors and the local inhabitants. This workshop had been an important step towards re-thinking the whole City of Kastela, faced with many challenges, but having a great potential ready to be discovered.

The project has been organized by the “Culture Hub Croatia – Platform for Education, Creativity and Development through Culture” and the City of Kastela, in partnership with European Heritage Volunteers. 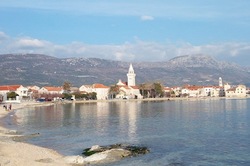 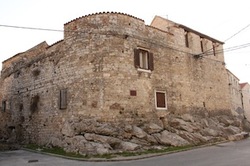 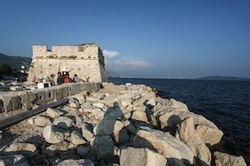 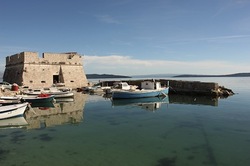