The Training Course contributed to the immediate conservation of the archaeological structures of the Early Christian basilica. The works have been carried out at two locations of the site - the synthronon and the chancel screen at the altar.

Every stage of the project has been preceded by a short theory introduction by the technical instructors, who are well-known experts in the field.

The educational part of the project did not only provide knowledge about the cultural heritage from the Late Antiquity, but also provided the opportunity for the volunteers to become acquainted to the region of Dobrudga. It included a hike to the canyon of the river Suha Reka and a guided tour of the picturesque rock-hewn monasteries nearby. During the project the volunteers lived in an original Dobrudga village and got to know the local community who are ancestors of the Crimean Tatars. The Crimean Tatars are a minority which settled on Bulgarian lands in the 18th and 19th centuries and have managed to preserve their traditions and identity.

The Training Course has been organised by the Association Horishte and the Regional History Museum Dobrich, in partnership with and with relevant financial support of European Heritage Volunteers. 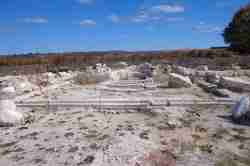 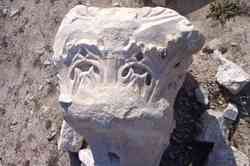