The city of Rijeka is the third largest city in Croatia. Situated on the northern Adriatic coast it has always been using all the benefits of its geographical location. While well known already in the prehistoric and antique times as evidenced by the material remains found in the city, the most relevant period for Rijeka begins in Habsburg times of Leopold I, Carl VII and Mary Therese. This was the period when the possibility of free trade and building outside the city walls put Rijeka on the map of significant port and trade cities.

Industrial heritage of the city which largely contributed to its identity begins in the 18th century with the construction of small factories on the periphery of the city, while the 19th century may be considered as the renaissance of Rijeka’s industry. The port, modern roads and railways which connected Rijeka with the continent, followed the growth of industrial production and allowed the transport and trade of products. Paper factory, oil refinery, rice peeling, sugar, rope, tobacco and chocolate factories, steelworks, ice, parquet, pasta, torpedo and ship machine factories as well as numerous shipyards are all a part of the industrial heritage of Rijeka. The arrival of Hungarian rule in Rijeka at the end of the 19th century and investment into the main Hungarian export port further contributed to the prosperity of the city and built what we know nowadays as the city of Rijeka.

The tumultuous times of the First and the Second World Wars had a negative impact on the industry which regains its growth in Yugoslavia. New factories occupied the old factory spaces. From 1990, the industry slowly disappears from Rijeka again, leaving behind the empty or half empty spaces waiting for some better times.

The workshop aimed giving new purpose to the motor ship “Galeb” from 1938 and to the former Sugar Refinery Palace from 1786 which are planned to be converted into museum spaces used by the City Museum of Rijeka.

The motor ship “Galeb” (Seagull) was built in Genova as a trade ship, but already in 1943 it became a German war ship, a mine-thrower which spent ten years under the sea following a bombardment. After being salvaged, it became a school ship of Yugoslavian navy, mainly used by Josip Broz Tito for his journeys.

The Sugar Refinery Palace is a majestic palace from late baroque period built in 1786, architect of which is assumed to be Andrea Menini. While first used for the needs of the Sugar Refinery, it later became a part of the Tobacco Factory, active from 1851 to the end of the Second World War, when it became part of the Motor Machines Factory Rikard Benčić.

The main idea of the workshop was to tackle the challenge of innovative interpretation of the boat “Galeb” and the former Sugar Refinery which are in the course of their revitalisation: How to inspire, intrigue, entertain and move the users and which forms of interpretation to use to reach these objectives? How to create the connection between the two locations which in future will – managed by the Museum of the City Rijeka – share linked functions?

Good-quality interpretation is creative, authentic, innovative and playful and takes various shapes: from museum exhibitions, visuals, interactive apps, markings in the space, storytelling, animated movies and numerous other forms of creative and artistic expression. All mentioned revives the heritage, so the goal of the workshop was to create proposals for the innovative interpretation of the “Galeb” ship and the former Sugar Refinery in order to give them a new life.

The workshop started with introducing the basics of heritage interpretation, interpretation planning and cultural tourism. The volunteers had the opportunity to get acquainted with the history of city of Rijeka, the industrial heritage and the project of the touristic valorisation.

The practical work was focused on the two locations described. During the two-week period, the volunteers developed, under professional guidance, proposals for good-quality interpretation of the two monuments – adapted to their context, historical role, actual function and potential users.

The presence of international volunteers and the exchange of experiences were also relevant for the active involvement of the local population into the process of valorisation and raising the awareness about the potential of the industrial heritage and the role it plays in fostering sustainable cultural tourism and development of local community.

The project has been organised by Culture Hub Croatia and the Centre of Industrial Heritage at Rijeka University, in partnership with European Heritage Volunteers. 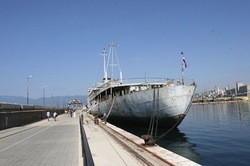 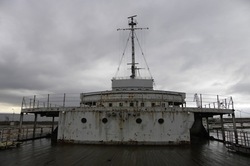 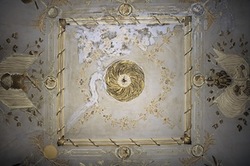