Situated at the foot of the Harz Mountains Halberstadt is a town adorned by beautiful religious architecture and traditional timber constructions. It is also well known as being the seat of a historical Jewish community which had an important role in moulding a distinct Jewish culture in Germany.

Since at least the 13th century, a Jewish community has existed in Halberstadt. Around the year 1700 the famous royal resident of Poland and agent of the Saxon court, Berend Lehmann (1661 – 1730), established here a house of learning, the so called Klaussynagogue. The community grew in importance attracting learned scholars and those interested in learning from them. The Jewish community in Halberstadt became characterised by eruditeness and developed from the middle of the 19th century on into one of the centres of the Jewish orthodoxy. Distinguished rabbis such as Eger, Auerbach, Hildesheimer and Hirsch are intrinsically connected with Halberstadt’s history, and transformed it into one of the most important Jewish communities in Middle Germany.

In 1712, a splendid Baroque synagogue, built by the Court Jew Berend Lehmann, was inaugurated. Hidden from view behind the buildings of the streets Bakenstraße and Judenstraße, the cupola of the synagogue surmounted the height of those buildings twice. The synagogue building was the first one in Germany built following a defined architectural concept. At the end of the 19th century, the entrepreneurial Hirsch family decided to invest in the modernisation of the building, extending it by erecting an entrance hall. During the “Night of Broken Glass” – the Pogrom Night – on November, 9th, 1938, the synagogue was plundered, and all Torah scrolls were burnt in the street. On November, 18th the building inspection ordered the demolition of the synagogue, which was initiated the next day. The Jewish community of Halberstadt had to bear costs of the demolition. The only remaining wall which still stands till today is the outer wall of the entrance hall. Of the rest of the structure, only the foundations and the flouring remain; not a single object from the splendid interior is preserved.

The building complex where the ruins are located is nowadays housing the Moses Mendelssohn Academy with the Berend Lehman Museum. Following its traditional purpose, the ensemble became a seat of study and science again in 1998, a place of encounter and exchange for Judaic knowledge. The area where the synagogue had been formerly located, enclosed by the houses of the Bakenstraße and Judenstraße, is now a place of remembrance, where an art installation by Olaf Wegewitz stands as a reminder of the destroyed place of prayer.

To access the remaining walls of the synagogue one has to pass through the gateway of the former “Cantor’s House” in Bakenstraße 56, where a traditional mikveh, a Jewish ritual bath, has been uncovered on its basement. Translated from the Hebrew, mikveh means "accumulation of water". A mikveh is a basin with accumulated water which cannot be filled artificially, but rather it has to be filled by a natural flow or by ground water since according to the rules laid by the Torah, if the mikveh is not filled by natural occurring water it does not have religious cleansing properties. A mikveh was used to purify people or religious objects through a ritualistic bath before partaking in religious activities such as the Sabbath, before important festivities or to prepare people before or after yearly cycles. People who visit a mikveh must hygienically clean themselves before taking part in the religious cleansing. It is now mostly used by women, who are required to use a mikveh before their wedding, for the birth of a child and after every menstruation.

The mikveh in Bakenstraße 56 is located in a former house in which traditionally the corresponding cantor of the Jewish community lived. During a renovation work on the house, the mikveh, which had previously been filled with rubble and coal, was discovered unexpectedly.

In this sense, the European Heritage Training Course will be focusing on the documentation and conservation of the remaining ruins of the Baroque synagogue which was destroyed in 1938 and on the recently discovered mikveh.

The main focus of the Training Course will lie on conservation interventions at the remaining outer wall of the entrance hall of the former synagogue. After having removed vegetation which could potentially continue to harm the stability of the construction, a detailed documentation of the wall as it stands will be carried out. Afterwards, the loose stones at the upper part of the wall will be re-set in place, the cracks will be closed and the untightened parts of the plaster will be fixed again onto the wall. The interventions will include the preparation of the needed mortars and plasters in accordance to the historically used ones so that the participants will be taught the complete process of fixation, conservation, preparation and restoration of historic plasters. This part of the Training Course will be led by a conservator-restorer with long-years of specialisation in the restoration of wall paintings, stucco and plaster.

Within the framework of the educational part, various lectures and guided tours as well as an excursion will be organised so that the participants can gain comprehensive and detailed knowledge about the Jewish history and heritage in Halberstadt and beyond. The visits will also contextualise the project by providing an overview of the rich history and the high valuable heritage of Halberstadt in general.

The Training Course will take place from August, 15th, to August, 28th, 2021 and is organised by European Heritage Volunteers, in cooperation with Moses Mendelssohn Academy Halberstadt and the Institute for the History of the German Jews Hamburg. 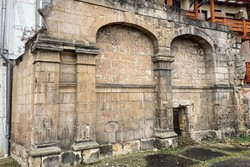 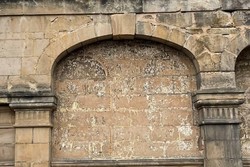