The Prespa Lakes are two freshwater lakes which are amongst the highest tectonic lakes in the Balkans. The other one is Lake Ohrid which is located just twenty kilometers away and is inscribed in the UNESCO World Heritage List.

The Albanian section of Lake Prespa however is also a natural wonder in itself. The Great and the Small Prespa Lakes create a National Park which was established to protect the natural and cultural heritage of the region and is included in the European Green Belt as well as included in the World Network of Biosphere Reserves under the UNESCO Man and Biosphere Programme. Biosphere Reserves are no classical “Nature Conservation Areas” as one might assume from the name “reserve”. In contrast to the concept of National Parks, which focuses on protection of natural processes, the concept of Biosphere Reserves puts the interaction between people and nature at its centre.

The transboundary Prespa region in the border area of Albania, Greece and North Macedonia, with its Transboundary Biosphere Reserve Ohrid-Prespa, is a good example of the close linkage between cultural and natural heritage. The whole region is rich in cultural heritage with a number of monuments stemming from pre-historic times over the middle Ages till 19th and early 20th centuries.

Located directly at the South-Eastern borders of Albania – a country which had been over decades largely isolated –, separated from the rest of the country by Zvezda Pass which creates with an altitude of 1,100 metres a natural barrier and inhabited by the Macedonian minority the villages of the area had remained till recent days quite unchanged – both in socio-cultural regards as well as concerning their urban structure and architecture. Nevertheless, economic pressure and a lack of heritage-related education and awareness led during the last two decades to insensitive interventions and are currently gravely endangering the still existing original structures and substance.

The training course is a follow-up of the European Heritage Volunteers Project of 2020 during which the damaged roof construction and roofing of St. Mary Church from 14th century – located on Maligrad Island within the Great Prespa Lake – was replaced and thus the church protected from further decay. During this project European Heritage Volunteers got familiar with the challenges for the vernicalur architecture in the villages surrounding Great Prespa Lake and developed the idea of the European Heritage Training Course for 2021.

There are nine villages in the Great Prespa Lake area that together form the Pustec Municipality – the smallest municipality in Albania and the only one with Macedonian population – and who have alltogether around 3,000 inhabitants. The biggest one is the central village Pustec / Liqenas; another one – Cerje / Cerja –, is very isolated and nearly abandoned; the other seven villages are of similar size, and combine traditional architecture with recent interventions.

For the training course the village Zrnovsko / Zaroshke has been choosen due to comparable well-preserved rural edifices in the village on one hand and the expected pressure for economically-caused interventions due to the village’s position directly at the shore of the Prespa lake on the other hand.

The course aims to document the existing rural structures and vernacular architecture as well as to raise awareness both among the local population and towards the local and regional administratiion.

In a first step the urban structure of the village, selected vernacular buildings and other edificies will be documented by plans, photographs, drawings as well as in written form. In a second step buildings and details which shall necessarily be conserved will be identified. Finally, best practices as well as examples of inappropriate interventions will be assembled.

The final results of the training course shall create the base for guidelines for further interventions at vernacular architecture in the Prespa region which shall be after the training course further developed and finalised in collaboration with the respective authorities.

For 2022, a follow-up project is planned which shall exemplary demonstrate conservation interventions at a selected vernacular edifice in the village Zrnovsko / Zaroshke.

The training course will take place from August, 16th, till August, 27th, 2021, and is jointly organised by European Heritage Volunteers, the UNESCO Chair “Earthen architecture, building cultures and sustainable development” at the Polytechnic University of Valencia / Spain, and various institutions from Albania 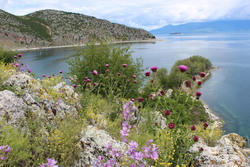 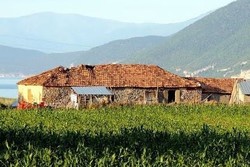 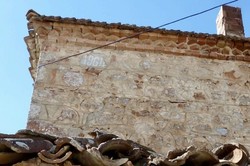