The project will include various preservation, cleaning and maintenance activities at Zorats Church and its direct surroundings.

The main focus will lie on the consolidation and preservation of the fortification walls and the ruins of the former buildings in front of the church. Beside that, the roof of the church which is covered by flagstones will be cleaned from vegetation, loosened flagstones fixed and damaged parts repaired. Finally, under the supervision of local expert tomb stones and cross stones will be cleaned, re-erected and fixed.

Within the framework of the educational part the volunteers will participate in workshops and presentations, discuss with locals, heritage administration and churchmen the importance of heritage preservation. They will also gain knowledge about Armenian heritage, local history and regional traditions. During the project guided tours and excursions will be organized to nearby located heritage sites of the region as for instance to the “Birds’ Cave” where archaeologists found a 5.500 years old leather show, the oldest known leather shoe in the world.

The project will take place from September, 1st, to September, 14th, 2019 and will be organized by the Service of the Protection of Historical Environment and Cultural Museum Reserves of the Republic of Armenia, in collaboration with European Heritage Volunteers. 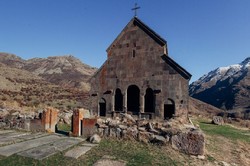 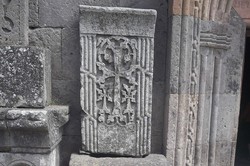