The setting for the project will be the outstanding mining cultural landscape of Annaberg-Frohnau. The Annaberg-Frohnau Mining Landscape is a district contained within a wider cultural area known today as the Erzgebirge/Krušnohoří (Ore Mountains), spanning an extensive region in south-eastern Germany and north-western Czech Republic which held a wealth of several metals exploited through mining from the Middle Ages onwards. The region developed as a powerhouse for industrial mining advancement, becoming the epicentre of technological developments which had a transcendental impact in mining throughout the world. For this reason, the Erzgebirge/Krušnohoří Mining Region has been recognised by UNESCO as a World Heritage site in 2019.

The Annaberg-Frohnau Mining Landscape developed at the second phase of the silver mining activities in the Erzgebirge/Krušnohoří (Ore Mountains), reaching the upper parts of the Ore Mountains at the end of the 15th century. Annaberg is the first planned mining town in the region and is characterised by an exceptional town layout and architecture, with mine workings located directly beneath the town.

The Frohnau silver mining area, immediately associated with the town, has been shaped by a large number of historic mines from the late 15th to the 20th centuries. The landscape is an extensive mining area characterised by a large number of historic open cast and underground mining sites. These include the large waste heap landscape with small heaps from the 15th to 17th centuries following the ore lodes, the larger waste heaps of the main shafts from the 18th century as well as the major waste heaps attributed to uranium ore mining in the mid-20th century. The heaps differ both in their appearance and nature of the deposited material and vegetation growth. Mining ceased at the end of the 19th century, but resumed in 1946 in connection with uranium ore mining in the Markus Röhling mining concession. These efforts, however, did not result in the extraction of any significant amounts of uranium ore.

The Markus Röhling mine with its adit and underground galleries from the 18th and 19th centuries (silver and cobalt mining) and the wheel chambers from the 18th century as well as the galleries of the 20th century (uranium mining), became the most important mine in the Annaberg-Frohnau Mining Landscape particularly due to the opening up of high-grade ore zones.

The historical mining site Markus-Röhling-Stolln is nowadays open for the public as visitors’ mine.

The project will include various works at the Markus-Röhling-Stolln visitors’ mine aiming to the improvement of its presentation to the public – a reproduction of a historic element outside the mine and the extension of the visitors’ area underground.

The main task will involve the recreation of a historical Kaue structure for the exhibition on the mine. A Kaue, formerly also known as Grubenkaue, Kauhe or Kähe, is a protective wooden hut which was built over a vertical mine shaft in pre-industrial mining to guard it against the elements. The term Kaue means “hut” or “cottage” in the local Saxonian German dialect. The term in itself is derived from kaf or kab, which means something like “hollow space”. Georgius Agricola, in his famous writings from the 16th century on mining technologies from the Erzgebirge/Krušnohoří (Ore Mountains), describes the Kaue as follows: “A miner, when he crafts a deep corridor, raises a shaft and puts it in a reel and under a kaw, so that it doesn't rain in the shaft, to avoid freeze from the cold, and avoid getting annoyed from rain."

The participants will work under the guidance of a master carpenter specialised in mining-related carpentry techniques. Together they will build a reproduction of a historical Kaue. There are currently no original Kaue conserved in the Ore Mountains, since these were meant to be temporary structures which would often decay due to the wet air from the shafts and the expositions to the elements above, and would therefore have to be periodically replaced. For this reason, the reproduction will be based on the best-known historical evidence to how the structure would have looked like in the region.

Additionally, the participants will assist the association which is managing the visitors’ mine in expanding the current underground visitors’ tour sections. In order to enable in the future a circular tour underground the association currently re-opens historical tunnels which had not been accessible since 18th century and prepares them to receive visitors. For this reason, they will need the help of the participants to remove debris from these areas and to transport them manually or with wheelbarrows from the narrow parts of the tunnels to the underground railway which will transport it outside the mine.

The educational programme will be complemented by a lecture on the values of the UNESCO World Heritage site and the procedure involved in the recognition of the region as a place of significance under the UNESCO World Heritage Convention, imparted by the Saxon World Heritage Coordination. Finally, guided visits and an excursion to historical landmarks of mining heritage of the region will allow contextualising for the participants the works at the Markus-Röhling-Stolln visitors’ mine and provide them with an overview of the interactions between the mining history and the local traditions of the communities living in the Ore Mountains.

The project will take place from August, 14th, to August 28th, 2021 and is organised by European Heritage Volunteers, in cooperation with the Welterbeverein Montanregion Erzgebirge – the World Heritage Association for the Ore Mountain Mining Region, and the Markus-Röhling-Stolln Frohnau Mining Association and supported by Saxon State Ministry for Regional Development.

The project is the continuation of a similar project that had taken place at the Markus-Röhling-Stolln visitor’s mine in 2019 and is part of the World Heritage Volunteers Campaign, a worldwide initiative put forth by UNESCO. 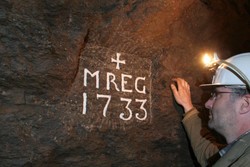 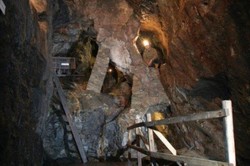 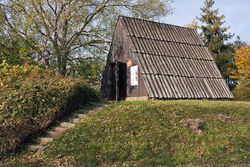 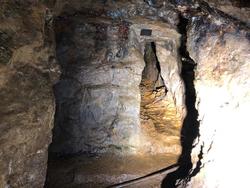