In 1168, the first discovery of silver ore in Freiberg had a profound and lasting effect on the development of the region. Located in a Central European mountain range the region has played a major role at certain times in the output of tin, silver, cobalt, caolin and uranium in a global context. The rich ore deposits gave the region its name Erzgebirge (Ore Mountains). Mining was for centuries the key industry forming an exceptional transboundary mining cultural landscape with all its typical surface and underground installations, mining towns and natural features as well as the associated intangible values.

The mine Alte Elisabeth in Freiberg is part of the Himmelfahrt Fundgrube mining system, the largest ore mine in the Freiberg area and the most productive mine in the history of the Ore Mountains. The Alte Elisabeth mine’s surface buildings are located on a large waste heap mesa tiered since the early 16thcentury overlooking Freiberg town. In 1848, the shaft was given a steam gin system, which has been preserved along with most of the equipment, including the historic steam engine. The building complex covers the hoisting house, machine house and power house, the chimney with smoke flue, the sorting house added to the hoisting house, which was since 1856 used as a prayer room, and the mining forge building. In 1936 a separate building was erected to house the Schwarzenberggebläse, a blowing engine, from 1831, a masterpiece of mechanical engineering built in gothic style.

The heritage-listed underground workings of the Alte Elisabeth, with its important water wheel chamber, are connected to the headings at other shaft complexes at various levels. Soon after mining ceased in 1913, the Alte Elisabeth shaft complex including selected underground areas was taken over by the Freiberg Mining Academy for teaching purposes.

The Rothschönberger Stolln (Rothschönberg drainage gallery) is regarded worldwide as the final point of the technological development of trans-regional water-adits. Constructed from 1844 on, it is the most important and deepest lying adit system of the Freiberg mining district still in operation today. Eleven Lichtlöcher (shafts) were deepened to advance the gallery. Located on a large heap, the Lichtloch VII is a well-preserved example of these shafts including the hoisting house with adjacent wheelhouse, the mine forge and the powder house. Today, a local mining club carefully maintains the site and presents it to the public.

The volunteers supported the new roofing of the historic wooden shingle roof of the shaft and administration building of the Alte Elisabeth mine. They produced a kind of handmade shingles that are traditionally used in the Ore Mountains region. Volunteers splitted of the shingles from logs (spruce or larch) and provided them with a groove. The participants became qualified to produce wooden shingles and got familiar with the typical regional roofing. The works have been lead by a carpenter who is specialised in traditional wooden shingle roofing.

In the framework of the educational part various guided tours, excursions and lectures have been organised so that the volunteers could gain a comprehensive and detailed inside view into the Historic Mining Region Ore Mountains, its potentials and the challenges to rescue, conserve and revitalise it.

The Traing Course was part of European Heritage Volunteers’ overall project “Best practice models of volunteering for European Cultural Heritage” that had been selected by the German National Committee for Heritage Protection, the responsible body for the “European Year of Cultural Heritage” in Germany, as one of only few “projects of all-state relevance”.

The Training Course has been organised by European Heritage Volunteers, in collaboration with Technische Universität Bergakademie Freiberg, Institute for Industrial Archaeology and History of Science and Technology, and the Saxon World Heritage Coordination, and the Reiche Zeche research and teaching mine of the TU Bergakademie and supported by the Förderverein Montanregion Erzgebirge (Association for the Mining Region Erzgebirge / Ore Mountains). 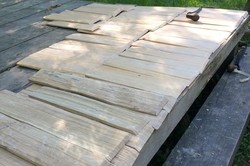