“Classical Weimar” was added to the list of UNESCO World Heritage Sites in 1998, the 20th  site in Germany to be recognised as World Heritage. “Classical Weimar” comprises twelve individual buildings and ensembles, all of which portray tangible and intangible elements of Classical Weimar’s cultural heritage. Weimar’s City Castle, the Duchess Anna Amalia Library, Goethe’s and Schiller’s residences, the Town Church, the Ducal Vault with the Historic Cemetery and many others are included on the World Heritage List.

The European Heritage Volunteers Project “Parks and Gardens of Classical Weimar” has been taking place since 2011. The project aims to combine practical interventions to restore and maintain the historic gardens and parks with heritage education and the promotion of the idea of volunteering for heritage.

The practical part usually consists of two elements – a park restoration part on one hand and a maintenance part on the other hand. Due to a rotating system the volunteers have the opportunity to get to know during the project both fields.

The restoration part will take place at the so called "kitchen garden" at the Southern edge of Belvedere Park that had been arranged in the 19th century as a combined fruit, vegetable and flower garden. The dry stone walls as the formative element of the garden are ruinous and shall be protected against progressive decay and in the next years successive restored. Since the dry stone walls are an important habitat for wild bees and other rare insects the restoration needs to be carried out extremely carefully. Within the framework of the 2018 project the first steps towards the restoration of the dry stone walls have been undertaken; in 2019 the works will be continued. Plants that damage the walls will be carefully taken away, the walls will be documented, the stones that had fallen down over decades will be collected, their original places determined, smaller areas will be restored and the cap stones will be placed back. The works will be guided by a bricklayer specialised on historic walls and traditional techniques that will provide during the study part additional theoretical knowledge in this field.

Another part of the group will carry out maintenance works in other parks and gardens of the UNESCO World Heritage site “Classical Weimar”, thus supporting Weimar Classic Foundation, the responsible site management, in works that can be undertaken only manually, such as cutting long-grass meadows on slopes. At the same time the volunteers will gain a detailed and varied knowledge about the different parks and gardens of the World Heritage site and the challenges in managing them.

The educational part of the project will inform the volunteers about the background of the project, provide knowledge about historical garden and park architecture, traditional gardening and other related topics and will include lectures and guided tours about “Classical Weimar” as well as excursions to related heritage sites. The opportunity of free entrance to museums and exhibitions will enable in addition individual study. Finally, there will be a public presentation of UNESCO World Heritage sites from the participants’ home countries, which will enlighten the wider public about the idea of volunteering at heritage sites.

The group will consist of fourteen volunteers from fourteen different countries, most of them linked to heritage, either professionally or through their studies, or with an interest in architecture, landscape planning or gardening. Therefore every participant can make use of the cultural background to, and own knowledge about heritage in their home countries, enabling a complex and interesting exchange of experiences, approaches and ideas.

The project will take place from August, 17th, to August 31st, 2019 and is organized by European Heritage Volunteers, in cooperation with Klassik Stiftung Weimar (Weimar Classic Foundation). 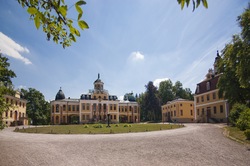 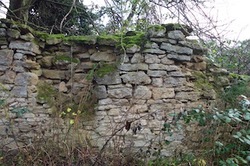