In addition, the restoration of historical half-timbered structures from the 18th century will be taught. The participants will gain theoretical knowledge about traditional timber joints such as mortise and tenon joints and gain practical skills in their restoration.

In addition, they will in a kitchen from the 16th century discover the historical plaster and remove younger layers with thermal treatment, will close the damaged parts with new plaster and paint, and restore the decor painting from the early 20th century. Finally, the participants will learn how to manufacture colour of curd or beer and how to create and to work with pigments.

The Training Courses will be lead by conservatoirs and masters of handicraft.

The project will consist of two Training Courses – in “Traditional wood techniques” and in “Historic plasters and surfaces” – which will in parallel take place from August, 4th, to August 17th, 2019 and is organized by European Heritage Volunteers, in cooperation with Deutsches Fachwerkzentrum Quedlinburg (German Half-Timber Centre) Quedlinburg. 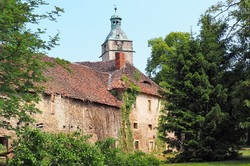 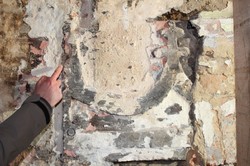 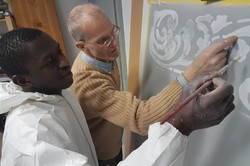