The publication "Good practices of volunteering for European cultural heritage" provides a differentiated and multilayered insight in the field of volunteering for heritage and an overview about the wide spectrum of the European Heritage Volunteers Programme and gives testimony of the manifold personal experiences within the programme - of project coordinators, technical instructors, group coordinators and participants. In total, it collects contributions from almost fifty authors from around thirty countries from Europe and beyond.

Find the cover here and the content table here.

The publication will be available as hard copy. If you are interested, please, send an email to info@heritagevolunteers.eu. In addition, the articles will be published online. Every second week one article will be published on our website which will be afterwards replaced by a new article.

The first chapter entitled “Heritage perspectives” highligts particular aspects of the European Heritage Volunteers Programme such as “Awareness”, “Continuity”, “Transmission of knowledge" and others from the perspective of heritage stakeholders from all over Europe.

We continue with an article by Constanze Schaaf, Chief Technical Advisor of the Transboundary Biosphere Reserve Prespa development project who explains why it is crucial to involve cultural heritage conservation in the context of Biosphere reserves and describes the influence of the European Heritage Volunteers Programme on this process.

Find the text below as well as the designed version as download here.

The impact of cultural heritage conservation on a Biosphere Reserve

The International Council on Monuments and Sites refers to cultural heritage as: “An expression of the ways of living developed by a community and passed on from generation to generation including customs, practices, places, objects, artistic expressions, and values.” Thus, cultural heritage can never be seen independently, but rather linked closely with developments in society, religion, politics and governance forms, as well as with economy. These spheres have all shaped cultural heritage – and vice versa – they are often influenced by cultural heritage.

Naturally, a strong link exists between cultural heritage and the natural resources of a specific region. Climate, soils, geology, water and morphology of a site shape its specific cultural heritage by distinguishing its architecture, archaeology and its artefacts, such as books, documents, objects, and pictures.

European landscapes of today are the result of millennia of settlement history. Human influence on nature has been strong, and thus natural and cultural aspects go hand in hand.

Thus, Biosphere Reserves usually protect natural and semi-natural ecosystems and landscapes rather than pristine nature, and aim at protection of natural and cultural diversity through three core functions:

Sustainable Development
Biosphere Reserves want to be model areas for ecologically and socio-culturally sustainable use of natural resources, i.e. by developing nature-based tourism, regional value chains of local production, and supporting a regional identity that is built on the natural values that the specific reserve entails.

Education and Communication
In order to make the public aware of the natural and cultural values of their region, environmental education, awareness-raising and communication play an important role in Biosphere Reserves.

Research and Monitoring
In support of the model character of the Biosphere Reserve regions, research and monitoring play and important role. Through applied research, the interlinkage between ecologic, social and economic factors is being studied, and used for future improvement of the best practices for sustainable development in the Biosphere Reserves.

The Transboundary Biosphere Reserve Ohrid-Prespa has been added to the worldwide list of Biosphere Reserves under UNESCO’s “Man and the Biosphere” Programme as a result of a successful recognition process, based on application documents and good lobbying work supported by the German KfW Development Bank-financed project “Transboundary Biosphere Reserve Prespa – Phase I”. Ohrid-Prespa Transboundary Biosphere Reserve was established with a bilateral agreement between Albania and North Macedonia and recognised by UNESCO in 2014. The Albanian part comprises ten Protected Areas of different categories, which conserve the ecosystems of the ecologically interlinked Prespa and Ohrid Lakes. Their ecosystems and habitats form part of the wider Mediterranean global hotspot of biodiversity and are considered among the most important sites of freshwater biodiversity in Europe. They are of extraordinary importance for sedentary and migratory birds.

The Prespa and Ohrid region is equally rich in cultural heritage with a number of monuments stemming from prehistoric times to the Middle Ages.

One of the most important spots in Prespa region is Maligrad. Maligrad, which means “small town”, is an island situated within the Albanian part of Great Prespa Lake close to the shore of Pustec, the municipal center of the Great Prespa area in Albania.

The island, which measures approximately five hectares, is characterised by a rocky cliff covered with tree and grass vegetation and a sandy shore. With its diverse characteristics, it is home to a number of endangered and endemic species, such as the bats and birds living in the caves, and the emblematic pelicans which rest there in spring. Due the importance of its biodiversity, the entire island is part of the strictly protected core zone of the Prespa National Park.

Thanks to its outstanding value, Maligrad receives more and more visitors each year. Local boatmen service the tourists on their trip from Pustec to the island.

However, Maligrad Island is also a unique site from a cultural heritage perspective. Prehistoric drawings on the rocky cliffs testify to the long history of settlements in the Prespa area, and ongoing archaeologic excavations on the island may reveal more on the history of this spectacular place.

Furthermore, the island is home of the famous St. Mary Church, built in 1369 by Kesar Novak, a local noble, in a cave in the island’s rocky cliff. With its 14th century frescos, this church is an important cultural monument administered by the Regional Directorate of National Culture Korça.

The Regional Administration for Protected Areas Korça and the Regional Directorate of National Culture both work on the effective conservation of this gemstone of Great Prespa Lake. By renovating the boat piers at the Pustec and Maligrad shores, fixing the access trail from the shore to the church, restoring the church, and putting up information boards, they plan to make the island’s cultural and natural heritage more accessible and attractive to visitors.

Support for these joint conservation efforts is offered by the European Heritage Volunteers and the Transboundary Biosphere Reserve Prespa project, a development project of the Republic of Albania, co-financed by the Federal Republic of Germany through KfW Development Bank.

The European Heritage Volunteers Project focuses on wood works and includes the conservation of the roof construction and the roofing of the church, as well as improvement on the site’s accessibility.

Financial and logistic backing for this initiative is available through the ongoing KfW-financed project “Transboundary Biosphere Reserve Prespa – Phase II”. The project has two interrelated objectives: the reduction of pressure on natural resources and contribution to poverty reduction in the Albanian part of the Prespa Biosphere Reserve. This is to ensure the preservation of the biodiversity and to improve the living conditions of the population in Prespa National Park and in the Albanian part of the Transboundary Biosphere Reserve Ohrid-Prespa.

The joint conservation efforts of the natural and cultural heritage of Maligrad in general and the European Heritage Volunteers Project in particular, can be considered concrete activities that fill the Biosphere Reserve concept with life. Conserving the natural and cultural heritage, thereby attracting more visitors, lays a base for sustainable tourism and socio-economic development on a regional level, and establishes the area as a model region for environmentally and socially sound economic development. 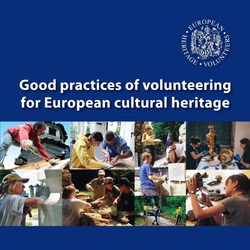 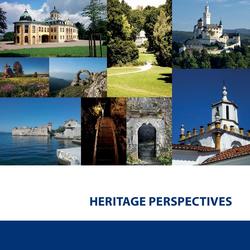 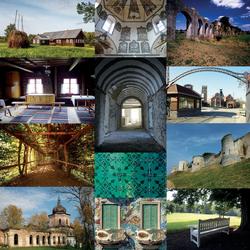