The Suso monastery was founded in the caves inhabited by the disciples of Saint Millán in the 6th century, and it contains a remarkable example of different architectural styles from the early  Middle Ages in Spain along with precious treasures of this period.

The monastery ensemble does not only consist of the religious buildings themselves. It contents also a variety of buildings and smaller units which give testimony of the fact that monasteries were not only places for religious life, but also economical centres which had relevance for the whole region. The ensemble includes till today numerous stables, barns and other agricultural buildings as well as components with special purpose as vine cellars, a hole to storage ice, and others.

The most impressive component of the monastery area is the historic wall which surrounds the ensemble and has a total length of more than a kilometre and a height from two to more than five metres. However, the wall is neglected and it is not included in visits or guided tours. Furthermore, it is understood by parts of the inhabitants of the village as a sign of division between the monastery and the village – what indeed had been its purpose in the past. For this reason parts of the wall are endangered by the lack of maintenance, vandalism and misuse.

The aim of the project is to raise awareness about the wall surrounding the monastery among the administration, the visitors and the local inhabitants and thus to contribute in the mid-term to its appreciation, protection and conservation.

The interventions and the documentation will start at the most visible and best accessible part of the walls – near the parking area, where the tourists are arriving – and shall be continued step by step in the following years at other parts of the wall. 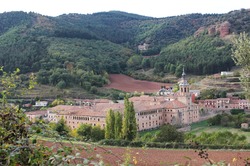 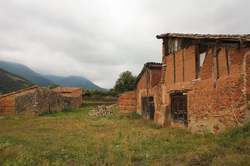 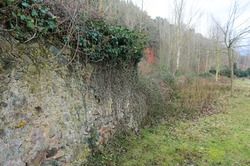 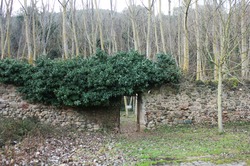