The Mariabrunn Monastery is an ensemble located in the 14th district of Vienna. The Viennese associate a popular legend with the place; this legend is the origin of the name of both church and neighbourhood – Mariabrunn (Mary′s Fountain). According to the story, Queen Gisela, mother of King Stephan of Hungary, was hiking through the forest of this area around the year 1024 and suddenly fell gravely ill. Her entourage stopped so she could rest and recover. The Queen sent her servants to look for fresh water for her. They found an old well and when retrieving some water, they discovered in it an image of the Holy Virgin Mary which they collected. When the queen drank this water, she became healthy almost instantly. As a sign of grace, Queen Gisela let built a chapel next to the well in which the statue was placed.

Centuries later, during the Hungarian revolt of Matthias Corvinus in 1467, soldiers came and looted the chapel. They threw the statue of the Holy Virgin back into the well. For years after this incident, locals believed to hear angelical music whenever they passed the well. As a result, officials of Emperor Maximilian I were sent to retrieve the statue from the well once again. Since those times, the place gradually gained importance as a place of pilgrimage for the people of Vienna.

Under the auspices of Emperor Ferdinand II, the site was ceded for use to the Barefoot Augustinian Order (Augustinian Hermits), laying the first stone for the construction of a monastery in 1639 as part of a general impulse given by the Imperial government to the expansion of monasteries throughout the empire as a response to the Reformation. The patronage of the construction of this monastery was continued after the death of the Emperor by his widow, Empress Eleonora of Gonzaga, and her son, the new Emperor Ferdinand III.

The church and the monastery were built by the Italian architect Domenico Carlone and finalised in 1655, following an Italian inspired style. During the Second Siege of Vienna, the Turkish Ottoman troops severely damaged the original structures, and they had to be rebuilt in 1684. The ensemble was expanded generously from 1726 to 1734, with parts of the older complex being integrated into the high-floor complex that still exists today. In 1729, the church was extended with an antechapel and received a crucification group. The main altar dates back to the early 18th century; entering the church, visitors will notice the surprisingly elaborate interiors. This was partly due to the ever-flowing income through pilgrims, partly due to donations by members of the Royal Imperial family.

In 1829, the Augustinians had to give up the convent and close the facility. The building was then used as headquarter of the Imperial Academy of Forestry and the Mariabrunn Church became an "ordinary" parish church.

From 1988 to 1994 the former monastery underwent a refurbishment and adaptation measures. Among other interventions, fixtures from the 19th and 20th centuries were removed, a staircase was rebuilt in the eastern wing and some of the windows were rebuilt based on existing originals. The monastery remains a property of the Republic of Austria and houses a small museum of forestry; the church is used as parish church.

Currently most of the buildings are out of use and shall after thorough renovation house the Bundesforschungs- und Ausbildungszentrum für Wald, Naturgefahren und Landschaft, a federal training centre for forestry, natural disaster prevention and landscape studies, which had been using the monastery already in the past.

As a precondition for the refurbishment measures, a detailed technical documentation of the ensemble is needed.

During the training course the documentation of selected parts of the ensemble will be undertaken which will include a detailed catalogue of the constructive elements, the damages and their causes and a draft schedule for the later interventions.

The documentation will be led by a conservation specialist with long standing teaching experience in the Heritage Training and Information Centre of the Federal Heritage Authority of the Republic of Austria.

The training course will be completed by a rich educational programme about the documentation of historic structures, experiences in the field of heritage conservation in Austria, and other topics. A whole-day excursion to heritage sites in Vienna will enable to get familiar with and to discuss about various intervention practices at heritage sites.

The training course will take place from August, 2nd, to August 14th, 2021 and is organised by Burghauptmannschaft Österreich and European Heritage Volunteers. 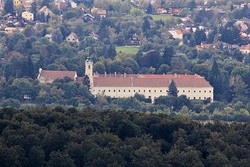 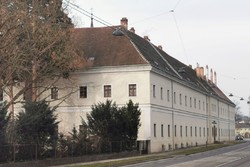 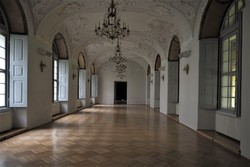