The project took place in the Podravina region of Northern Croatia, which is still an undiscovered area in terms of tourism. Nevertheless, it is attracting an increasing number of visitors from Croatia and abroad, especially those seeking a preserved and undisturbed rural landscape. For this reason, this year’s project undertook the task to support Podravina’s visibility by helping catalogue the region’s cultural offer.

The Podravina region is a rural landscape consisting of many small communities with rich tangible and intangible heritage that remains unexplored and not visible enough at the local and international levels. The participants worked in the town of Pitomača where one of the partners of the project – Petar Preradović Interpretation Center – is located.

Pitomača is situated in the North-Western part of Virovitica-Podravina County, near the border with Hungary. With rich natural and cultural values, this municipality is of great importance for the region. It is most known amongst Croatians for being the birthplace of the famous Croatian poet Petar Preradović in the village of Grabrovnica. Petar Preradović was one of the most important Croatian poets of the 19th century Illyrian movement and the main representative of romanticism in Croatia. His house was built in the 18th century in a unique style for this region and is of great historical and cultural value. Historically, the house served for military purposes and in the second half of the 19th century it was used as a warehouse by an agricultural cooperative. It was renovated in 1909, and in 1968 it became one of the first museums dedicated to the writer. In 2018 a more thorough renovation was made, and the new contemporary cultural and tourist attraction inspired by the poet's life and work was created. Thanks to the European Union funds from the Interreg cross-border cooperation program between Hungary and Croatia, the Municipality of Pitomača officially opened the modern interpretation center in June 2019, a momentous event for the entire Podravina region. The interpretation center is dedicated to enriching the cultural offer of the area and its premises were used during the project as a working space for the participants.

Coming from all over the world, the participants, young professionals specialised in different fields connected to heritage, did not have previous knowledge about the region and its rural communities. Therefore, the first days of the project were dedicated to learning from the local experts – about the history and the context of the region of Podravina, the existing cultural and touristic offer, traditions and customs of the local communities and the Interpretation Center itself. The participants also had the opportunity to meet the representatives of the local youth activists and learn from their experiences about living in the region, the challenges they face and the projects they implement to address the needs of the younger generation.

The programme of the project consisted of a series of field visits to different communities that were selected on the basis of their importance and efforts to preserve and promote their heritage and traditions. These visits included discovering the villages but also meeting representatives and members of cultural institutions and organisations. Prior to the visits, the participants were undertaking preparatory work which included getting the available information to understand what is actually already available to the public both online and offline. They also jointly prepared the possible questions for the interviews. During each visit, the participants were tasked to conduct a surveying activity, to identify and signal out the cultural offer of each location. Their assignments were to interview the most engaged and knowledgeable members of that particular community, to make a photographic documentation and an analysis to identify strengths, weaknesses, opportunities and threats of the specific site resp. intangible tradition. They visited seven sites in total and identified other relevant sites that could be included in the network of rural communities. The community from the whole region was very much engaged during the project which brought together numerous associations. Each of them prepared special demonstrations of their customs on the occasion of the visits, which often included delicious homemade traditional food, music and dance.

The presence of international participants and the exchange of experiences are important to raise awareness of the potential that the rural heritage has. For this reason, a public event was organised during the project – “Open doors day and presentation of good practices of rural heritage valorisation”, to allow local community to come and meet the volunteers and discover heritage from their countries of origin.

The work of the participants identified several key stakeholders and areas where work was needed to develop the touristic offer of the region, as well as important recommendations to foster cooperation in this area. The information gathered served as a source for a report that pointed out the cultural offer of Podravina, while generating pictures and video material that would be used in a collaborative online platform in form of a website.

The project has been organised by Culture Hub Croatia and Petar Preradović Interpretation Center, in partnership with European Heritage Volunteers. 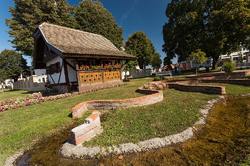 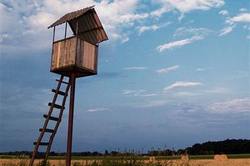