Located within a spectacular setting of pristine natural beauty, Kenozero National Park has been recognised as a UNESCO Biosphere Reserve since 2004 due to the unique relationship between its exceptional natural values and its relevance as a cultural area.

Kenozero National Park is wealthy in historical remains scattered throughout this cultural landscape, with distinctive monuments of wooden architecture which attest to the passage of time in this rural region of northern Russia. Kenozero National Park is the only Protected Area of Russia which owns architectural monuments; these masterpieces of wooden architecture of the 17th and 18th centuries include ten churches and a bell tower, thirty-three wooden chapels and two water mills. Traditional cultural landscapes such as this one has preserved the features of rural land management and planning of that era which have been lost in other industrialised areas of Russia.

For this reason, the National Park’s mission consists in the preservation, exploration and promotion of the tangible and intangible natural and cultural heritage of the Russian North. When Kenozero National Park was established most of monuments were in a poor condition. It required several years of hard work to remedy their state. However, there is still much to be done.

The this year’s project will focus on conservation and restoration interventions at the chapel of St. Nicholas the Wonder-Maker, which is a small yet an archetypal monument of Northern Russian wooden architecture from the early 19th century. Additionally, the participants will also engage in conservation and restoration interventions at a traditional wooden barn, which is an example of traditional vernacular wooden architecture from this region. Both structures are located in the village of Gorbachikha, a site located within the background of the beautiful cultural landscape of Kenozero National Park.

The main works will be carried out at the chapel of St. Nicholas the Wonder-Maker, which is currently deteriorated and requires a thorough intervention. The first and most laborious task will require the participants to level the log house, lifting it back to the position that it was in when it was originally erected. Once this will be accomplished, other interventions, mainly at the roof, will be carried out. These will consist in replacing beams and upper logs, replacing roofing material, fabricating and installing a ridge for the roof, constructing a ladder out of logs as well as manufacturing an information sign which will be installed on the pathway leading to the renovated chapel. Finally, one of the most symbolic works that will signal the restoration of the chapel will be the re-creation and re-installation of the wooden cross, based on a model of the one that used to be adorning the structure and is currently missing.

The second site will be on a traditional wooden barn located not far away from the chapel of St. Nicholas the Wonder-Maker. The interventions will involve similar activities as in the chapel. The participants will be replacing roof streams and assemble new wooden roofing as well as installing a ridge and replacing the logs of a ladder.

The works at both sites will be conducted under the leadership of the head of the repair and construction sector of the Kenozero National Park and accompanied by the guidance and supervision of the main architect of the National Park, who has ample experience in the field of conservation of historical wooden monuments.

Within the framework of this European Heritage Volunteers Project the participants will have a unique opportunity to obtain direct knowledge and practical experience in working with traditional carpentry tools as well as getting an insight in wood processing technologies traditionally applied in this region.

The projects’ educational programme will be completed by excursions and guided tours exploring the magnificent surrounding cultural landscape of Kenozero National Park.

The project will take place from August, 1st, to August 13th, 2021 and is organised by Kenozero National Park, in cooperation with European Heritage Volunteers. 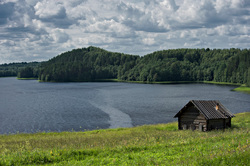 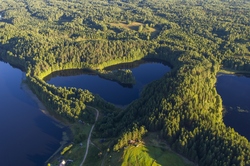 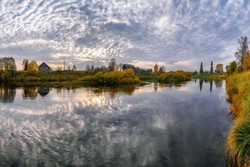