Kimito Island is located within the Swedish-speaking coastal region of southern Finland. The villages and cultural landscapes of this territory are considered to have a unique character and are highly valued. The inhabitants have mainly been farmers, fishermen and sailors. The island still retains many examples of built heritage and local traditions that link its landscape to the traditional way of life that characterised this region for centuries.

One such places that exemplify the charm of by-gone times can be found in the in the parish village of Kimito, where both the open-air museum Sagalund museum and the church of Kimito, a medieval stone church from the 15th century, can be found. Sagalund is the oldest open-air museum in Finland and, in fact, one of the oldest museums of this kind in the world. The open-air museum was first opened in the year 1900. Today, the museum consists of 27 wood buildings from which are representative of different historic periods of southern Finland. Most of these structures have been transplanted from the nearby regions, while others have been preserved on site. Sagalund is ranked as a heritage site of national interest by the National Bureau of Antiquities.

Tappo village, near the parish village of Kimito, is also located inland on the island – some four kilometres from the sea – and due to its good farmland, the villagers have traditionally dedicated themselves to agriculture, of which the old water mill is a historic remnant.

The water mill of Tappo is a rather small, modest timber structure. The current mill was built around the late 19th century, however there is evidence that older mills have existed on the same site since centuries. The mill has a large water wheel and is equipped with a pair of millstones. Next to the mill there is a stone dam, with wooden shutters and chutes to lead the water to the wheel. The surroundings of the structure, with the stream, dam and meadows form a beautiful traditional setting.

The mill used to be operational and was maintained by the elderly farmer Stig Sundahl, who lived on a nearby farm. Together with him, the Sagalund Museum arranged annual mill days, when the mill was put in operation and flour was ground. Unfortunately, Stig Sundahl passed away in 2017 and since then, the mill has fallen into disrepair. In addition, the mill has been damaged by trees falling over the building in the past winter.

The European Heritage Volunteers Project is aimed at repairing two historical mills in Kimito Island, with the purpose of making the mills usable again while improving the ecological and recreational values of its surroundings.

One of the two working sites for the project will be Sagalund open-air museum’s own windmill, which is of a rare hybrid type locally known as ”magpie mill”. This type of mill can usually be found in the Netherlands and Sweden, and are often a characteristic part of the landscape in rural south-western Finland. Today, one of the mill’s four wings has broken off and a second one is in a state of disrepair. The project will focus on building a new wing to replace the broken one as well as to do repairs on the mill’s shingle roof.

The other working site will be the historic Tappo water mill which needs various interventions. The plan of interventions will be prepared by a heritage conservation professional, who will during the project also operate as one of two technical instructors with the aim that at the end of the project the mill shall be operating again.

An additional task at Tappo will be dedicated to rehabilitation measures at the meadows surrounding the stream, likely mowing with scythes. An ecologist will assess the biological values of the dam and stream and recommend the necessary measures. Traditional cultural landscapes such as meadows and pastures are disappearing fast in Finland, which has had a disastrous effect on biological diversity.

Additionally, the Tappo water mill with its surroundings is a heritage object which has remained undiscovered by the public. For this reason, the museum will organise a brainstorming workshop with the participants to come up with ideas on how the site can be made usable to the local community and visitors, as public usage will improve the conditions for maintaining it in the future.

During their stay in Tappo, the participants will be living for several days at Stig Sundahl´s farm, which will provide part of the cultural context to the project. Stig Sundahl was a very old-fashioned man, even for his age. He kept his home farm pretty much as it had been since the 1930ies and lived with the same standard until he passed away in 2017. Living at Stig Sundahl’s farm will be a unique opportunity for the participants to experience the modest and rustic life in rural Finland, which can be in itself an interactive encounter with the region’s intangible heritage and a more sustainable way of living.

The project will take place from August, 15th, to August, 28th, 2021 and is organised by the Sagalund Museum Foundation, in cooperation with European Heritage Volunteers. 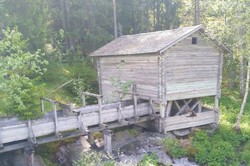 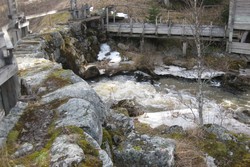 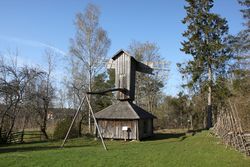